A Poo-Themed Dessert Café Will Be Opening Soon In Toronto

Would you like to think about poop while eating dessert? If so, you’ll probably want to make a special trip to Toronto. Lien Nguyen will be opening her special poo-themed dessert café in mid-August. All the desserts will be brown and in the shape of human stools.

When she was asked why she decided to open up the restaurant, she told the Toronto Star that she wanted to make poop cute…

“I’m trying to make poop cute. It’s funny to put food and poop together; it’s a great comparison. It stayed in my mind for a long time.”

So what menu items can you expect to find? The menu will feature traditional Thai, Korean and Japanese desserts and the people of Toronto will be able to vote on the names of the dishes before the menu is finalized. 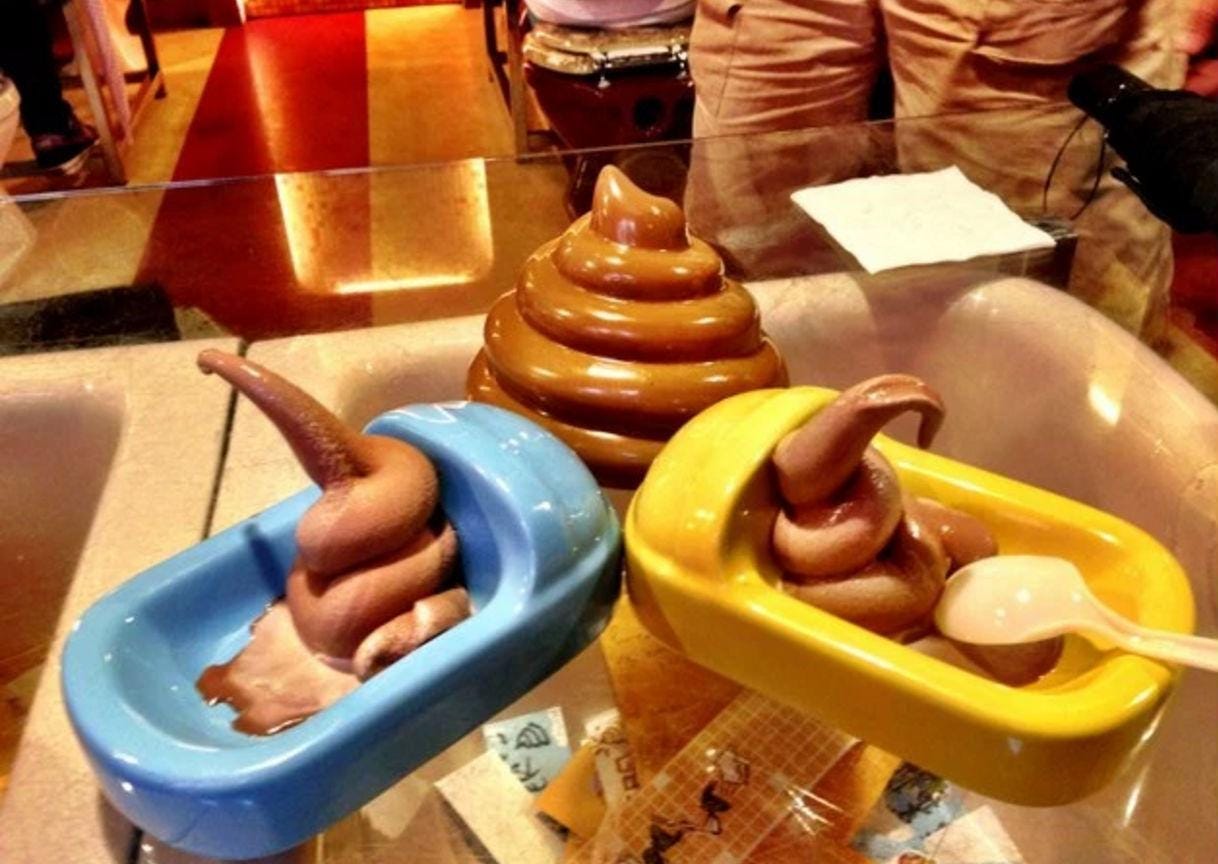 And it’s not just the food that will make you think of taking a sh-t. While you eat your poop, you’ll be sitting on fake toilets and eating out of urinal-shaped dishes.

Similar restaurants have been successful in South Korea, China, Japan and even Russia. The restaurant that inspired Nguyen has been opened since 2004, so there is obviously a market for this stuff.

If the food is good, no one is going to care that it looks like sh-t. If anything, they’ll embrace it because they’ll have something unique to post on their Instagram.

Elderly Man From Pennsylvania Gets Lost While Going To The Store, Ends Up In Alabama Two Days Later

A Santa In North Carolina Fat Shamed A 9-Year-Old Boy: “Lay Off The Hamburgers”

Two Men Argue About Donald Trump Inside Mexican Restaurant, And One Of Them Leaves In An Ambulance

Mom In Ohio Shuts Down The Family Living Room Until Thanksgiving

Adorable: Father Builds His Daughter An ‘American Ninja Warrior’ Course In His Backyard And She Kills It! (VIDEO)